2016 was a notoriously bad year that was so notably full of bad news that it was mocked in internet memes. The year was marked by celebrity deaths ranging from David Bowie to Prince. It brought terrorist acts, natural disasters and high levels of political tension across the globe. For many, it also brought personal tragedy. Here are notable truck accident 2016.

As personal injury attorneys, we could not ignore just how many serious truck accidents occurred during 2016. Here is our list of the most notable ones.

1.  In June, nine soldiers in Fort Hood, Texas, were killed when a Light Medium Tactical Vehicle overturned in a flooded low-water crossing on post. The deadly accident happened during small-unit convoy operations training. Twelve soldiers were in the vehicle, but three managed to escape.

2.  In October, a deadly crash between a tour bus and a semi-truck killed 13 people in Indian Canyon, California, in the Desert Hot Springs area. The bus was traveling so quickly that the impact drove it deep into the semi-truck, causing extensive damage and killing the bus driver instantly.

3.  In November, a Chattanooga, Tennessee, bus accident killed six students and injured many more. Prior to the crash, the driver was reported to be speeding and driving recklessly. He faced criminal charges, including multiple counts of vehicular homicide.

4.  Two truck accidents of a different type make our list. On Bastille Day in Nice, France, a truck plowed into a holiday crowed, killed 85 people and injured 200 more. In December, a similar attack occurred when a tractor trailer barreled into a crowded Christmas market in Berlin, Germany. That attack killed 12 people and injured 48 others. The brutal attacks illustrate just how deadly these multi-ton vehicles can be when they are involved in accidents with pedestrians and smaller vehicles.

5.  While it actually occurred in 2014, legal issues were resolved this year in the truck accident that severely injured comedian Tracy Morgan and killed his longtime friend James McNair. Walmart had agreed to take full financial responsibility for the damages caused by a sleep-deprived truck driver operating one of their trucks. In November, the driver accepted a plea deal related to the criminal charges he faced. The deal allowed him to avoid jail time.

And Now for Something a Little More Lighthearted…

Here’s a bonus notable accident of 2016 for you. The movie Deadpool earned acclaim for its truck-accident-related cinematography and special effects, which wowed moviegoers nationwide. Later this year, life imitated art as a real-world truck accident left a Columbus, Ohio, freeway littered with Deadpool comics. 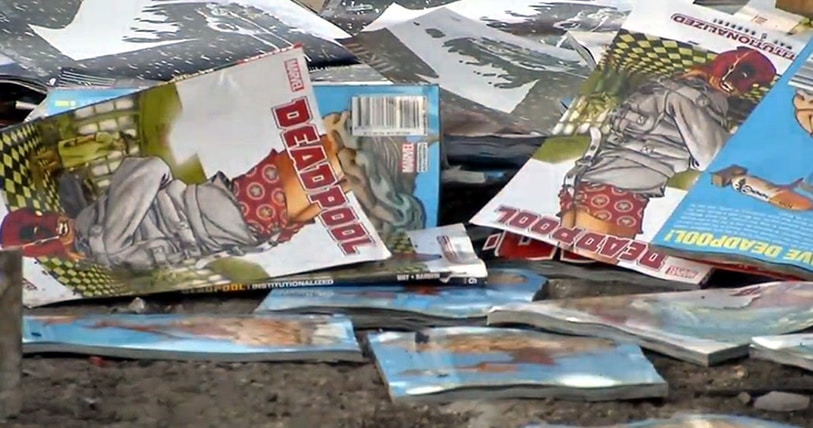 Please Be Safe Out There

As we start a new year together, the lawyers at Ted B. Lyon & Associates urge you to use caution on the roads you travel. We wish you a safe and happy 2017.

Your Seat Belt & Filing a Serious Auto Accident Lawsuit,   I Just Found Out My Employer Is a Workers’ Comp Non-Subscriber. What Does that Mean?,   Determining Liability in a Multi-Car Crash,   I Was Hurt in a Truck Accident and I’m Afraid I Can’t Afford a Lawyer,   Truck Crashes Are Sometimes the Result of Bad Roads-Even in Texas!,