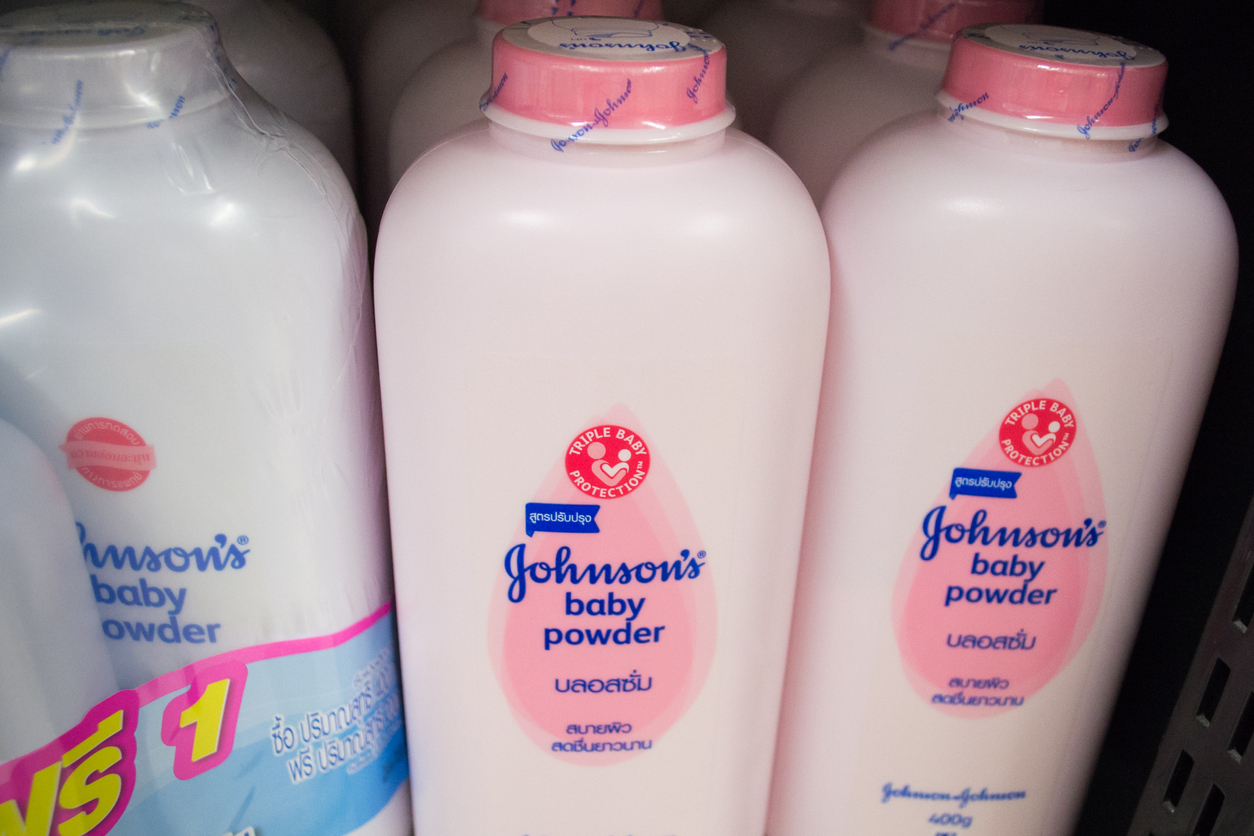 Bombshell mid-December reports by two of the world’s largest news organizations have revealed extensive evidence that Johnson & Johnson—the maker of iconic consumer products like Band-Aids, Tylenol, and Neutrogena—knew its famous baby powder was sometimes tainted with cancer-causing asbestos…and hid that information for decades.

The two reports, one by the New York Times and one by Reuters, published simultaneously on December 14, 2018, detailed internal documents and memos going back decades. Much of the documentation, including trial reports, testimonies, and thousands of pages of previously unavailable company correspondence, allegedly shows that employees and executives at the highest levels were aware as early as 1957 that its talc products were contaminated with asbestos.
According to Reuters, from 1972 to 1975, Johnson & Johnson told the Food and Drug Administration (FDA) that “no asbestos was detected in any sample of talc produced between December 1972 and October 1973.” It also failed to inform the FDA that at least three separate tests performed by three different labs between 1972 and 1975 had found asbestos in the company’s talc (talc being the main ingredient in baby powder).
Meanwhile, the New York Times report reveals that a company executive in 1973 sounded an alarm – which appears to have been ignored – when he said the company “should no longer assume that [our] talc mines are asbestos-free.” The NYT report goes on to detail how company leaders sought to discredit research showing that baby powder could contain asbestos and even proposed inventing new testing procedures that would be more favorable to the company.

According to asbestos.com, Johnson & Johnson was already facing more than 11,000 lawsuits around the world alleging that its baby powder causes cancer, with many of those cases pertaining to ovarian cancer, though a growing percentage involve mesothelioma. Following the December reports, it is likely that even more litigation will occur.
Will plaintiffs find courts and juries receptive to their arguments? In April 2018, a Johnson & Johnson asbestos/talc trial resulted in a $117 million verdict in favor of the plaintiff. Other recent trials involving Johnson & Johnson’s talc have ended with mixed results, however.

If You or Your Child Have Been Exposed to Asbestos, Contact a Lawyer

If you have been diagnosed with an asbestos-related illness or have lost a loved one to mesothelioma or asbestos-related cancer, contact a personal injury lawyer to understand your legal rights. Compensation is available for victims and their family members through trust funds and other sources. You are welcome to contact us online if you have any questions.