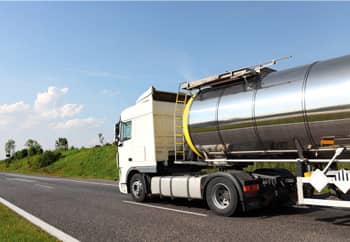 If there is an emergency that requires transportation of vital goods and services to a disaster area in the United States, the President, a state governor or the Federal Motor Carrier Safety Administration (FMSCA) can declare an suspension of certain trucking regulations. Such a suspension occurred in response to recent natural disasters in the United states.

For example, Governor Greg Abbot declared an emergency in Texas because of the recent hurricanes. He then suspended the application of certain federal safety regulations for most semi-truck drivers transporting emergency relief. These temporary suspensions can last up to 30 days, and they generally stop when the situation becomes stable or ends. Suspensions can extend beyond the initial 30 days, but only the FMCSA can order the extension.

Governor Abbott intends to help drivers quickly get supplies and aid to cities in Texas and Florida that were in the path of Hurricane Irma. But the suspended rules used to facilitate quick deliveries also regulate the parts and accessories needed to safely operate the vehicles, as well as the safety of longer, combination semi-tractor trailers. This means that neither drivers nor carriers/employers can be expected to comply with safety rules that protect themselves and other drivers on the roads.

Another suspended trucking-industry rule that affects ordinary drivers regulates how many hours truck drivers can drive in a given time. Specifically, this rule says truck drivers cannot drive more than 11 hours within a 14-hour period.

The emergency mandate suspending application of this rule applies when drivers are transporting materials to restore electrical lines and essential supplies. Interestingly, the FMCSA’s website specifically states that these rules are designed to eliminate the serious accidents that can happen when drowsy drivers don’t stop driving. Yet the FMCSA’s own studies show that most fatigued truck drivers are not able to properly gauge when they should stop driving and pull over.

The FMCSA specifically notes that drivers and carriers are still supposed to coordinate their routes and loads with state emergency officials before offering to provide any services. And, while a Governor’s Declaration may have the effect of waiving federal safety regulations, it may not have the same effect on state safety regulations for weight and load-size or other required permits. That is good news for drivers since state safety rules are likely still in effect.

Tired or Unskilled Drivers Cause More Fatal Accidents—Be Careful Out There!

Fortunately, neither the governor nor the FMCSR has suspended the safety rules applying to commercial driver’s license registration, drugs, alcohol and size limitations. That said, the governor can add any of these to the suspension going forward.

If you are injured in an accident with an 18-wheeler or semi-truck where you suspect that the driver is fatigued or the vehicle is defective, please contact us to see how we can help you.